There are strange happenings in Springfield. People are missing, very mysterious crop circles are appearing, and hidden cameras are being exposed. When Homer notices a black van with a satellite dish parked outside the Simpsons house, he decides to investigate further into these odd events. What he reveals could be the biggest mystery to rock Springfield since Who Shot Mr. Burns? The Simpsons Hit & Run promises a hilarious mission based driving game with exciting out-of-the-car platform gameplay, the signature satire of The Simpsons, and the interactive world of Springfield. 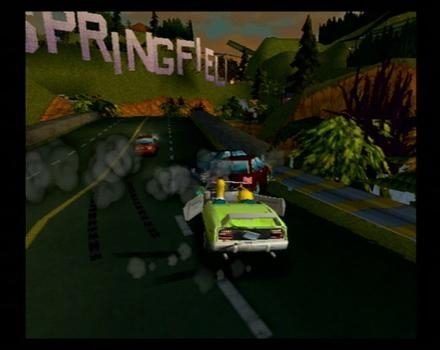