Scarface: The World is Yours

Scarface: The World Is Yours plunges players deep into the seedy underbelly of 1980s Miami as the one-and-only Tony Montana, featuring the likeness of Al Pacino. Players are challenged to re-enact the climactic mansion shoot-out from the original film, but in the game, Tony fights his way out of the mansion and survives. Returning to Miami, Tony must rebuild his fallen empire and seize vengeance on his enemies. Scarface: The World Is Yours for Wii includes graphics and gameplay optimizations, an all-new control scheme that takes advantage of the Wii console's unique motion-sensitive Remote and Nunchuk controller design, as well as other alterations for the Wii audience. 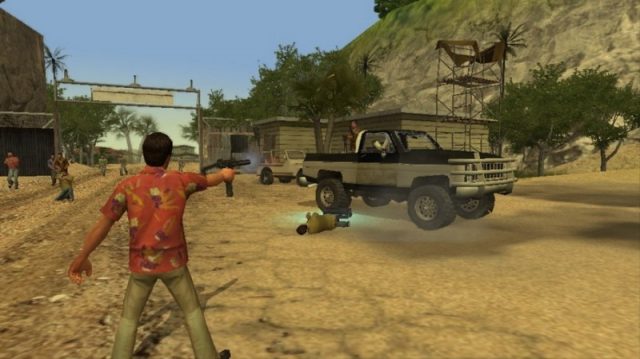 Scarface: The World is Yours in-game screen.