The universe is not as you know it... Think fast, shoot faster! All hands to battle stations! Get ready for a frenetic, adrenaline pumping experience in an entirely new breed of Star Trek game - Star Trek Shattered Universe. An intense, edgy, high-energy space-combat action game set in the dark mirror universe of Star Trek: The Original Series classic-era setting, Star Trek Shattered Universe challenges the player to adapt to a new reality where everything once familiar is now a dark reflection - where the noble Federation is now an evil and relentless foe. Prepare for the most intense space-combat ever with Star Trek: Shattered Universe, where friends become enemies, enemies become allies and all the rules are broken. Trapped in a dark and twisted mirror version of your own universe, you must master the deadly art of fighter combat to survive the dangerous journey that leads to escape.
Features:
* 19 incredible levels
* Amazingly detailed environments
* For 1 player
* Intense space combat set outside the classic Star Trek world
* Pilot 10 unique space craft never seen before 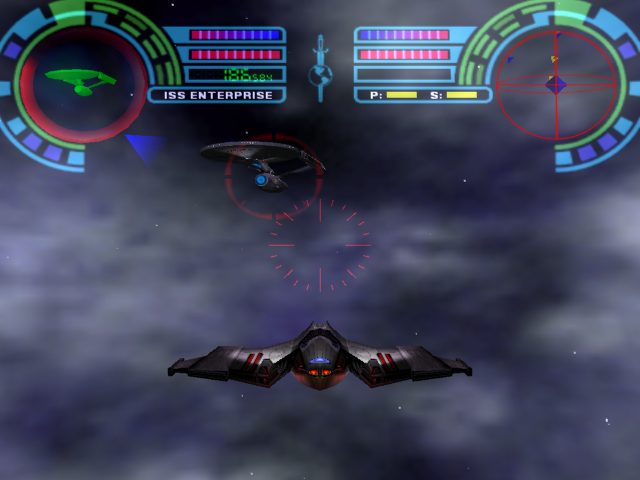