An airplane which is carrying american people is hijacked. The terrorist group notifies authorities that if terrorist prisoners are not released within 24 hours, american hostages will be punished by death. The hijacked plane lands at Karubia Airport in Africa, and american hostages are hidden in several different places. The head of the C.I.A calls on Roy Adams, the man who performed the "Operation Wolf" mission in south america one year ago, to rescue the american hostages. Roy goes into action again, this time with a fellow Green Beret, Hardy Jones. 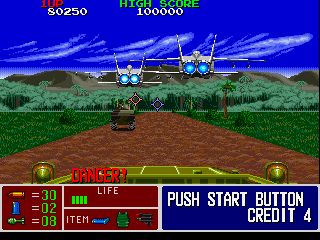