a.k.a. プレデター / Predator: Soon the Hunt Will Begin

The game has "Jungle Mode" and "Big Mode" offering two simular but different styles of gameplay. The Japanese version begins with Big Mode where as other versions begin in Jungle mode. (This lead to two entries at UVL at one time) 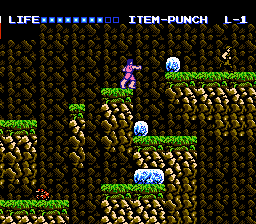