Several versions of Lode Runner for MS-DOS were released.

At least three of them are known: 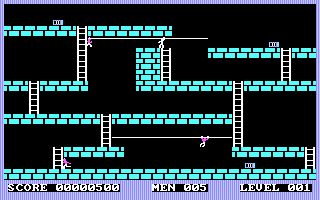