Smash through practically infinite randomly generated spaceship designs, grab *all* the loot and kill anything that moves! PSC’s unique modern-retro flavour will take you back to the classics of old and smash you back to the present with a ka-boom!

PSC draws on many classics for inspiration: Alien Breed, Cannon Fodder, Chaos Engine, Gain Ground and even Worms, Toejam and Earl and Speedball 2 . Warhammer fans may detect a subtle Space Hulk vibe in the mix too! 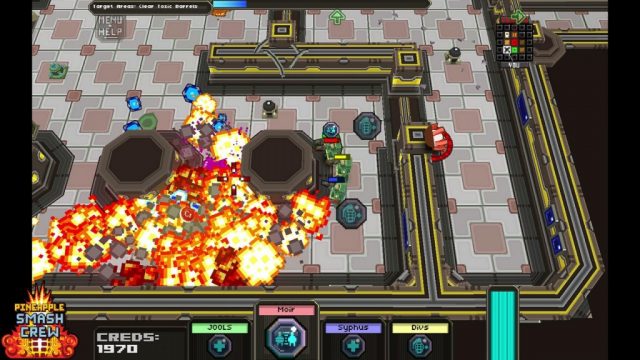