From official site:
Halo 2 is the sequel to Halo - the best-selling Xbox game to date. Halo 2's plot sees Master Chief and Cortana returning to Earth in an attempt to stop the onslaught of the Covenant, a terrifyingly aggressive alien civilization, bent on the conquest and destruction of any species that dares defy them. Master Chief will be called on to save the greatest prize in the Human colonies - Earth itself.

The sequel includes many of the features players have been begging for, including all-new graphics, new environments and locations, new weapons, vehicles and full support for Xbox Live multiplayer action. Downloadable content should ensure that the game continues to entertain and involve players for a long time to come.

New features like dual-wielding, destructible environments and vehicle boarding change the Campaign and Multiplayer modes dramatically, while still retaining the core gameplay that made Halo an Xbox favorite. The highly involving game plot also features plenty of twists and surprises. Halo 2 was scheduled to be released worldwide during the week of November 9th, 2004. 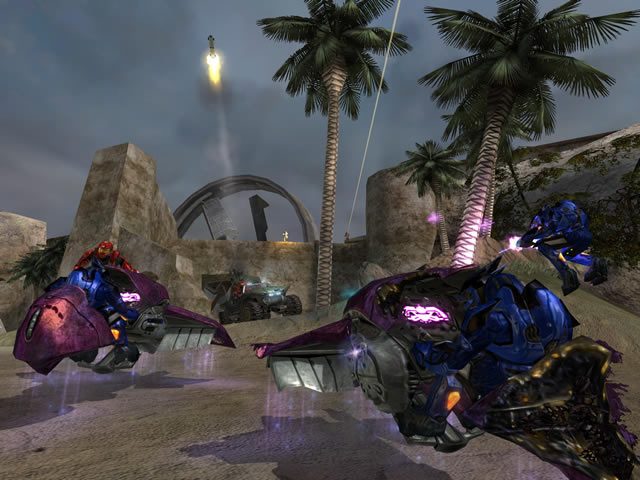