Turok: Evolution is a prequel that travels back to the origins of the Turok lineage. In the beginning of the game, we see our hero, Tal'Set, fighting his nemesis Captain Tobias Bruckner in 1886 Texas. During the battle, a rift between their world and the Lost Lands opens and Tal'Set is sucked into it. Turok: Evolution is an epic adventure of treachery, exploration, and war in a land of lush jungles, suspended cities, mysterious temples, reptile armies, and towering dinosaurs. This shooter features tons of cool weapons like the including the Variable Payload Cruise Missiles, Gravity Disrupter Beams, and the Swarm Bore each with unique traits and damage. There are over 32 different types of prehistoric and indigenous life in the game. You?ll also have the ability to shoot down trees onto enemies and collapse massive rock spires onto dinosaurs. The Turok legacy is in safe hands with Turok: Evolution. 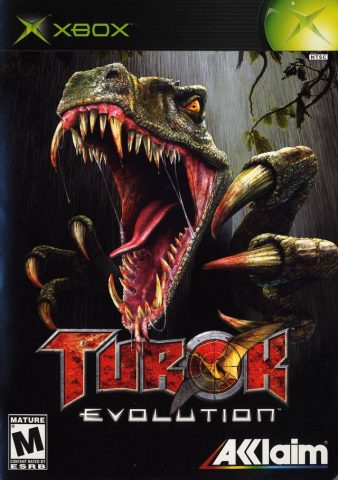