Warhammer: Shadow of the Horned Rat

Based on Games Workshop's non-electronic series this epic contest casts the player as leader of the Empire's notorious Grudgebringer faction. The dark strife-ridden Warhammer world is under siege from both the barbarian orcs massing at the Empire's gates and agents of chaos represented by the forces of the Horned Rat living within those walls. The player-character is unknowingly drawn into a web of intrigue that leads to the command of a mercenary army and a series of battles which will determine the fate of civilization.

port of
Warhammer: Shadow of the Horned Rat (Windows) 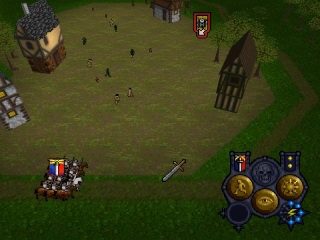