Shattered Steel takes place in a desolate future where humanity is on the verge of extinction. Save your species as you engage in fast-paced mechanized combat in the single-player campaign, or take on your friends in the multi-player arena.

The Conflict -
The Core Wars, waged by rival factions for natural resources - and ultimate survival - left society in ruins.

The Warrior -
You're a hotshot runner pilot. You've neutralized hundreds of pirates and rival ops on over 22 worlds.

The Hardware -
Your lethal Planet Runner navigates any terrain and strikes with devastating firepower.

The Mission -
Alien forces have taken over. Cleanse the planet and restore order.

voice-overs - for English, French and German are text-only. 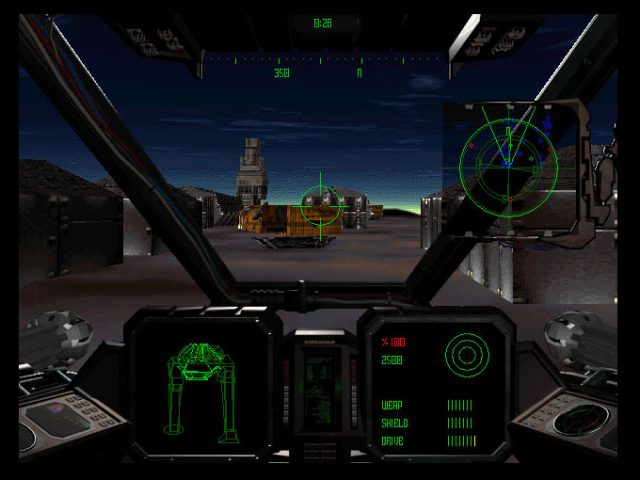