FleshStorm is set approximately 20 years after the events featured in the Forgotten Enemies expansion and the universe is a very different place indeed. The old empires have fallen, ground into the dust and crushed under the jackboot of terran imperialism. What little remains of the Hadean Crown is now restricted to a few small planets close to their homeworld and their once all-powerful Cerberi allies are now little more than vermin, disorganised, scattered and hunted mercilessly by EDF extermination squads. At the forefront of this ongoing war are the soldiers of the notorious Blackdog squadron their name forever blackened by their involvement with the traitorous general Braddock and project pedigree. Being a member of the Blackdogs was once considered an honour - now it's a death sentence. The Scions remain an elusive people prefering little or no contact with other races, rarely seen beyond the confines of their few colony worlds a non-aggression pact with Earth assures their safety for now. Earth itself has finally come of age, for the first time fully aware that we are not alone in a hostile universe a vast empire has been forged. All opposition has been subdued quite often in brutal fashion, but something is waiting out there. Something vast and timeless and deadly beyond imagination, a new battlezone awaits ...

FleshStorm is a fully featured expansion pack for Battlezone II : combat commander, the following is a list of contents : 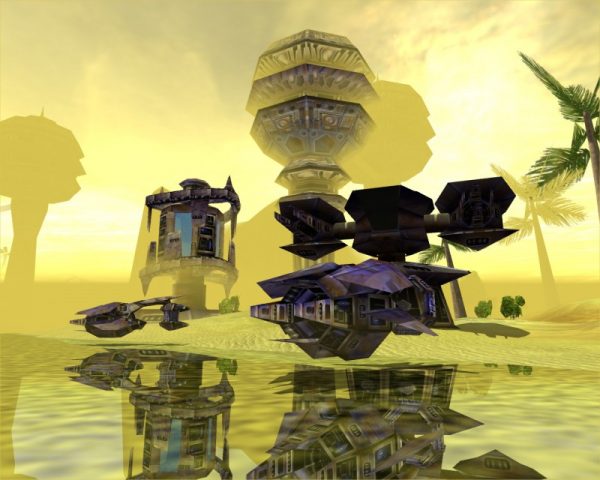