hunger — the dinosaurs require sufficient number of food dispensers to keep them fed, also their living areas require water supply, such as a lake, to keep their thirst at bay. Dinosaurs will die after a while if either is missing for too long. Possibly a factor with the tourists as well, but only to keep them at the park longer.
npc anxiety/fear — seen if a dinosaur breaks free from their containment area (this affects the tourists) or if two different dinosaurs (specifically a carnivore and herbivore or large carnivore with smaller carnivore) are forced to be too close to each other. The dinosaurs may try to avoid the carnivore so much that they can't stave their hunger and eventually starve to death unless the carnivore ends up killing them (is that even possible here? didn't witness it, but hypothetically it could happen). To prevent this, you can either provide separate holding areas for the dinos or large enough single area for them to prowl so they can keep their distance naturally. The latter is obviously much harder set up and maintain, but the game does provide sufficient mechanisms to attempt it. 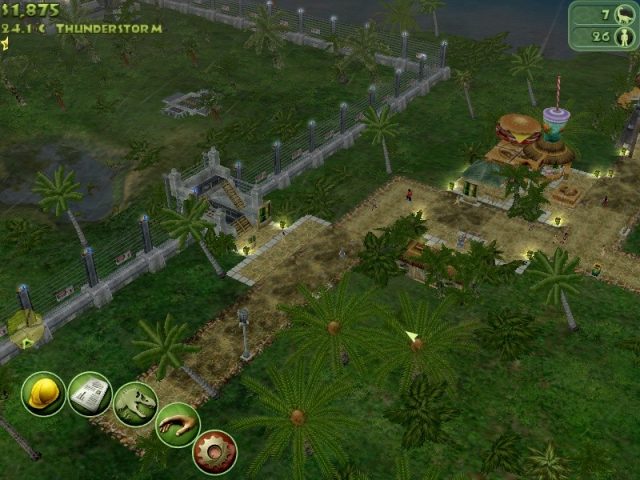