Rewrite history as you take control of the brutal Vikings, the devious Aztecs or the crafty Chinese in their global quest to win the favor of the Gods! Swords & Soldiers is a side-scrolling strategy game that lets you control an entire army and lets you wield devastating magical abilities. Demolish your enemys castle at the end of these two-dimensional battlefields and lead your troops to victory!

Its a side scrolling strategy game. It even has some platformer type elements. Hired soldiers proceed right with the occasional branch in paths (high road/low road). They attack whatever comes into their range. Resource harvesters gather fund from the mines, but you also get plunder from your soldiers. Spend your funds on more people and/or upgrades. You can also command offensive and defensive spells be cast on people from both sides. The game, having limited paths to traverse and soldiers from both sides advancing to towers of both sides, could also be thought of has simultaneous tower defense and inverted tower defense.
Online multiplayer modes, add-ons, and mods are not available for this Linux version. 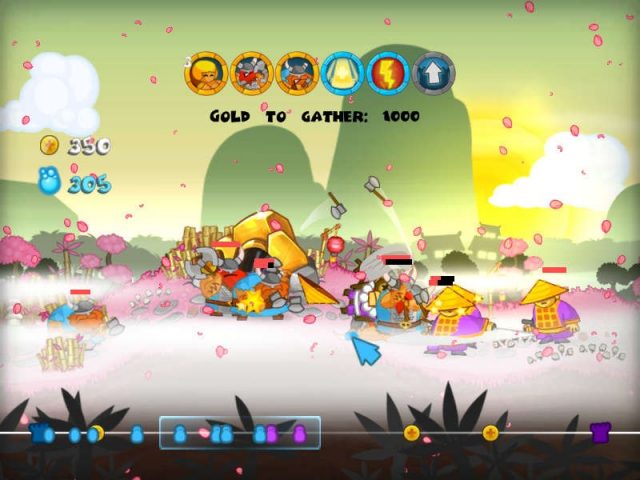