You Are Empty offers players an alternative approach to the history of the late fifties of the XX century. Scene of action is the Soviet Union. Leading Soviet scientists start a big experiment that alter human physiology and mentality in order to create super humans capable of building bright future and communism all over the world. But something goes wrong...
As a result the whole city, where that experiment took place, goes on a rampage. The majority of citizens died, and those who survived turned into hideous mutants - the only inhabitants of deserted streets.
You Are Empty immerses you in an exaggerated dark and obscure atmosphere of Soviet totalitarianism. Fighting against mutants, that obtained super power after the experiment was carried out, the main hero tries to gain an understanding of what's happening around and save the day.

The game takes place in a big Soviet town with beautiful Stalin architecture and colossal monuments dedicated to the communist future. The inhabitants fell prey to a huge experiment carried out by a group of scientists. Most of the people died, but the ones that survived lost their human appearance and control of their deeds and behavior. Moreover there are a lot of plants and factories inside the town and in the outskirts. A part of them is still functioning.

Original and vivid enemies are one of the features of the game. In You Are Empty players will face strange and weird monsters - former Soviet citizens which mutated and gained super powers after the experiment.
Distinctive and vivid characters that you will remember long after are one of the game's key features. You can meet them in our Bestiary section. 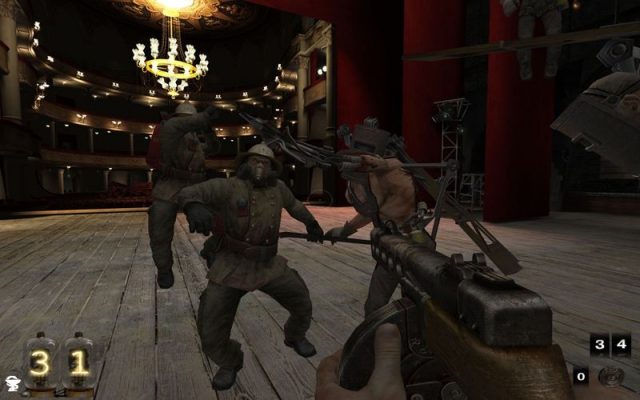 You Are Empty in-game screen.