Take on the fight as the volatile Sergeant "Psycho" Sykes in a new parallel story taking place during the events of Crysis. Psycho's secret mission will take him to the other side of the island on a ruthless pursuit of a North Korean general hell-bent on obtaining powerful technology. With the versatile powers of his Nanosuit and an arsenal of fully customizable weapons & vehicles at his disposal, Sykes will do whatever it takes to carry out his top-secret objective.

Action on the other side of the island is more intense, the battles are fierce, and the mission protocol is no longer "Adapt to Survive". As Sergeant Sykes, now you must adapt to dominate the battle. Twin SMG's blazing, seizing new vehicles, or going stealth, the action and the victory is on your terms.

* Pulse-racing new installment from 2007's PC Game of the Year*: Play as Sergeant Sykes and experience a whole new side of the battle. A standard combat mission behind enemy lines becomes critical when you discover your enemies have captured something of vital importance to the ensuing war. It's down to you to retrieve the cargo, at any cost.
* More explosive and dynamic minute to minute game play: new customizable weapons, new vehicles, new photorealistic locations to explore, and a fully interactive war zone to dominate.
* Enhanced human and alien AI: Intelligent enemies, bigger challenges, and all-new ally squad support.
* Includes Crysis Wars , an expanded new multiplayer experience with new online modes and 21 maps including seven all-new maps to battle it out against other players.
* Crysis Warhead is a standalone release and does not require ownership of Crysis to play.

Sanguine # 2014-11-07 10:57:14
Officially the game is "Crysis Warhead" although all graphical representations of the title imply "Crysis: Warhead" to be correct. The lack of subtitle separation is somewhat unusual. 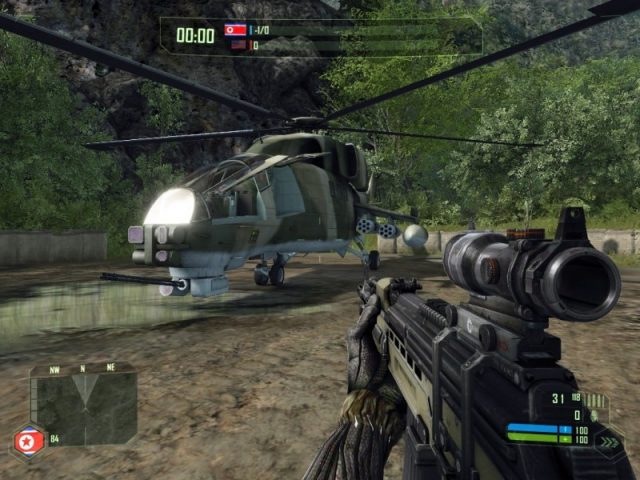