Set in the near future, The Scourge Project throws you into the boots of Echo Squad, an elite group of mercenaries hired by The Tarn Initiative to deal a decisive blow against the power-hungry Nogari Corporation. Your mission: First, to locate and rescue Dr Reisbeck, Tarn's double-agent inside Nogari; Second, to recover a piece of the meteorite fragment that Nogari has used to develop Ambrosia, the powerful new energy source with which they now control the world economy.

Stranded on Nogari Island shortly after being mysteriously attacked during your covert insertion, and surrounded on all sides by hostile forces, you'll need all of your skill to stay alive as you fight your way through the chaos that has consumed the alien-infested facilities that lie before you...

The Scourge Project is a 3rd-Person Shooter created using Unreal Engine 3 for the PC and XBox 360 platforms, and delivers the following exciting features:

* Up to 4-Player Co-op Campaign with 5+ hours of gameplay
* 4 Playable Characters, each with a distinct combination of Special Abilities
* Unique Flashbacks per playable character, showing you critical past events that shed a new light on your predicament...
* Squad AI for groups with less than 4 Players
* Quick-Order-System (QOS) for rapid deployment of Squad-members
* 9 Weapons to suit your playing style
* Up to 16 Players in Deathmatch, Team Deathmatch, Capture-The-Flag and Frontier Multiplayer Modes with dedicated multiplayer maps
* 37 Badges to unlock on PC and 12 Achievements to unlock on XBox 360
* XP System to track your experience and skill in Campaign and Multiplayer

was remade as
Scourge: Outbreak (X360) 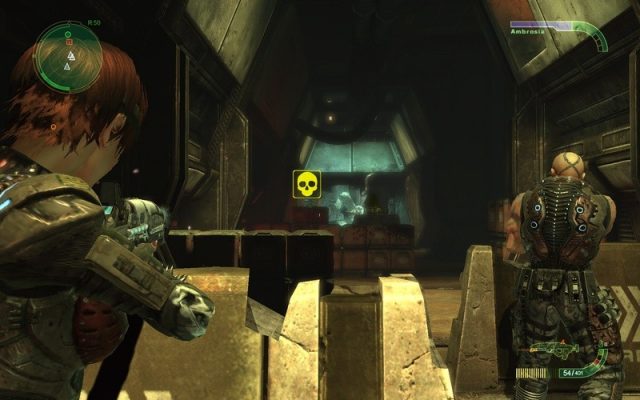