On April 26, 1986, the world's worst nuclear accident occurred: Reactor 4 of the Chernobyl power station exploded, releasing clouds of radioactive matter. Soviet authorities established a 30km 'Exclusion Zone' around this nuclear wasteland, but in 2006 a second explosion rocked the stricken reactor, obliterating all living things and causing the Zone's boundaries to ripple outwards. From this epicentre came waves of mutated creatures, deadly radiation and strange, anomalous energy. The Zone was cordoned off by the military who would shoot on sight anyone foolish enough to brave the horrors within.

It is now 2012 - man has ventured further and further into the heart of the Zone driven by reports of strange 'artifacts' imbued with anomalous energy. Mercenaries and bounty hunters compete to recover these artifacts, which command extortionate prices on the black market. Others seek to find the truth behind the Zone, whilst some merely revel in the desolate lawlessness of the place. Whatever their motivation, over time these individuals - Scavengers, Trespassers, Adventurers, Loners, Killer, Explorers and Robbers - have become known as S.T.A.L.K.E.R.s.

Awakening in the Zone, you are one such S.T.A.L.K.E.R., fighting for survival in this man-made Hell, whilst trying to discover the truth behind Chernobyl's sinister past and ominous future.

Year 2012. Six years passed since the time of the Second catastrophe to have made the April events of 1986 fade.

The game is set in the Chernobyl exclusion zone which turned from a destiny-breaker place into a threat to all mankind. The Zone is reluctant to open up its mysteries and needs to be forced to do it. It is a rare hero who can reach the very heart of the Zone onto find out what danger awaits him there.

A danger which, compared to marauders and enemy groupings, all monsters and anomalies, will seem a mere preparation to the meeting with something more fatal and threatening.

But for now... get ready, hero. Collect artefacts and trade, grope your path and keep an eye on the rear, catch roentgens and fight – only make sure you survive! And then, perhaps, if you are persistent and truly lucky, you will find out why all this had fallen on you.

Trivia:
- Loosely based/influenced by the book Roadside Picnic.
- S.T.A.L.K.E.R. stands for Scavenger, Trespasser, Adventurer, Loner, Killer, Explorer, Robber
- You can find at least one log entry speaking of a guy with a crowbar, named Freeman, who didn't talk (much). A reference to Gordon Freeman from Half-Life, as if he had visited The Zone.
Edit: Remembered it a bit wrong, here's a screenshot (not mine) of the log entry. 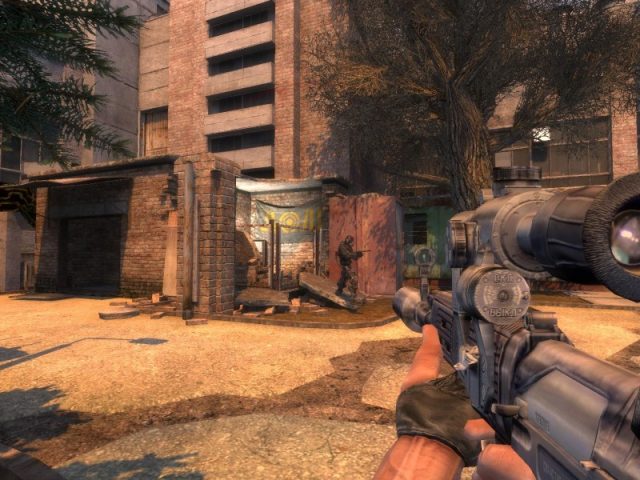