Ultima IV: Quest of the Avatar

The Ultima series continued to innovate with the release of each game in the series. With this 4th game, the genre was taken to bran new places. There is no evil big bad enemy to defeat, and the point of the game is not to take advantage of people to get stuff to go defeat the enemy. Rather, the point of the game is for the main character to become a champion of virtue. The goals are literally honesty, humility, honor, spirituality, valor, justice, compassion, sacrifice, courage, truth, and love. Actions, inactions, even words can have less than apparent unhelpful or helpful consequences. Yes, there are still monsters to fight and treasures to find, but this makes up less than 1/8th of the game and the care and purpose in handling these things is more important than the end result.

The Ultima IV Construction Set, not official, was available not long after the game's release. There is a disk image of it on the interwebs.

has this MOD
Ultima IV: Quest of the Avatar (Apple IIGS) 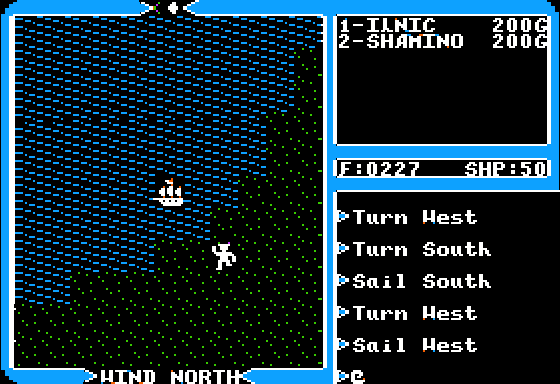