Anyone experiencing crashes that can't be traced down to anything real should try playing the game by limiting it to 1 CPU core, on systems with 4 or more cores some may have luck with limiting it to less than half of the cores.your.
... Personally this occurred as spurious crashes (in nvd3dum.dll which supposedly indicates bad GPU driver) until it finally became rather consistent when trying to protect the bloodtox tank.

The game is also one of the few games truly incompatible with 64 bit version of XP, so you're out of luck there (compatibility mode nor anything else will help you).

Requires at least 800x600 resolution for the menu graphics to not be damnably blurry (though they're readable on lower).

Autopsy on fully clothed Alex : A Web of Intrigue video mentions that everything on Alex is actually part of his biomass, this also explains how he mimics people and their clothes repeatedly and discards them for his own form, and repeats this as often as he wants to. It also conveniently removes a nude scene and the source of his clothing during his escape.
People running around on the streets while the infection spreads (not escaping) : the island is in quarantine, though the seemingly oblivious behaviour of the pedestrians few blocks away is not explained by this, nor why they don't hide indoors.
Infection detectors not triggering for the soldiers themselves : presumably adjusted to ignore minor cases of infection, though apparently not mentioned anywhere. In truth, it's likely an oversight from the developers. 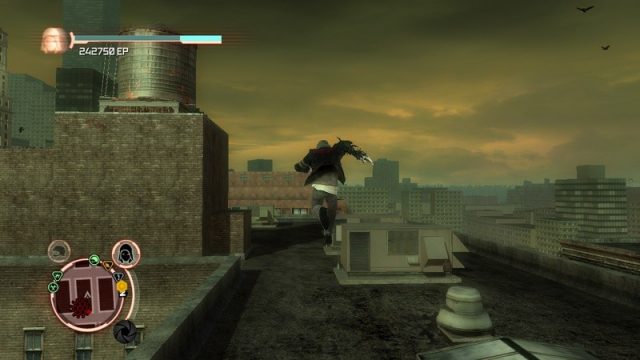