Lord of the Rings Online

a.k.a. LOTRO / Lord of the Rings Online: Shadows of Angmar / Middle-earth Online

A persistent world RPG with thousands of players. Based on the works of J.R.R. Tolkien and set in 'The 4th Age'. The developers have endeavored to portray Tolkien world as accurately as possible even to the point of implementing permanent death. However NPC and monster will almost never kill a player and player killers will suffer great consequences. Choice of race determines where a player starts in the game. Though not to full scale, the game world is huge and has countless dangers in between settlements. Races will be likely remain separated except for certain communities between them and rare fellowships that travel great distances, like the books.

Subscription is possible. For differences between free and subscription, see here: www.lotro.com/free.php

expansion:
The Lord of the Rings Online: Mines of Moria (Windows) 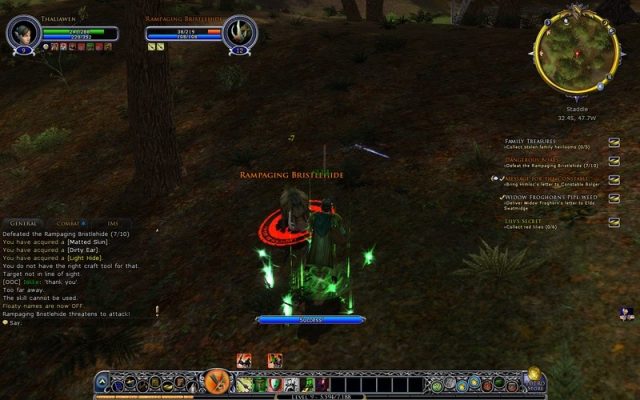