This game can be played on Linux, Android, Mac, iOS, HaikuOS, BSD, and newer versions of Windows using the GemRB replacement engine.

'Every world has conflict. Good and evil. Friend and foe. Safety and danger. In Baldur's Gate II: Shadows of Amn?, you'll find yourself between these factions. This epic sequel will immerse you in a world of intrigue, adventure and fierce combat where your ability to discern the difference between these sides - with the assistance of steel and spell - determines your fate.

In Baldur's Gate I, you defeated your evil half-brother Sarevok and prevented your father Bhaal, the dead Lord of Murder, from returning to the Forgotten Realms. Now, in Baldur's Gate II: Shadows of Amn?, the stakes have become much higher. Will you resist the evil within you, and forge a legend of heroic proportions? Or will you embrace your monstrous inner nature, and carve a swath of destruction across the Realms?

Your story begins anew in the exotic southern kingdom of Amn, amidst the opulence of the sinister capital city of Athkatla. Journey through the fierce, unforgiving wilderness of Amn, and through the treacherous caverns of the Underdark, in your quest for artifacts of awesome power and treasure of inestimable wealth.. even challenge dragons, if you dare. Such is the life of a legend.' 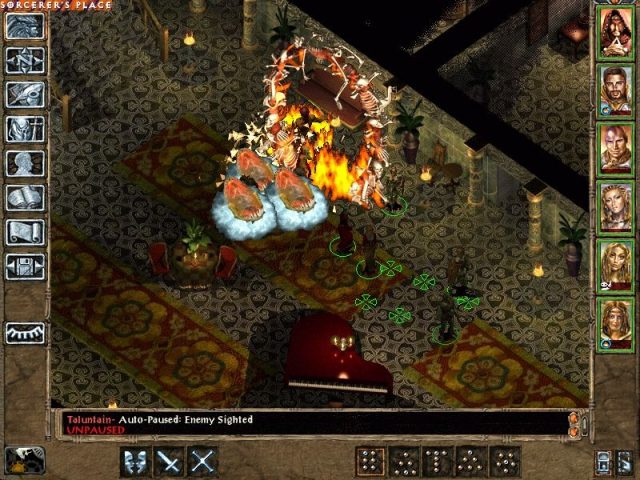