Piranha Bytes, the creators of Gothic and Risen, return to their origins with a new, classic RPG. Risen 3: Titan Lords pulls the player in to a hand-crafted role-playing world full of rugged charm where every decision changes the course of the story. Risen 3: Titan Lords is set for release in August 2014 for the Xbox 360 games and entertainment system from Microsoft and for the PlayStation®3 computer entertainment system as well as Windows PC.

The key element of the cult Gothic series as well as Risen is the vivid world and the freedom to explore it. The world of Risen 3: Titan Lords will be diverse, authentic and full of life, providing the player with an authentic, classic RPG experience.

"Like a carpenter with a hand-crafted piece of furniture, we put together the story, the characters and the landscape until it all fits and the player has the possibility to discover things all around the place. You can try out and find things that others might not. Exploration is the key to our game", says Bjoern Pankratz, Project Lead at Piranha Bytes.

The world of Risen 3 is abandoned by all gods and suffers from the Titan Wars when a new threat rises from the soil. A young warrior is attacked from the shadows and deprived of his soul. He sets off to reclaim what is lost amidst the darkness that is spreading throughout the world. The banned Mages could be powerful allies on his quest. To get their help, he needs to find the Mage sanctuary on Taranis, also known as the Island of Thunder. Protected by the Guardians, the Mages search the mines of Taranis for crystals loaded with magic energy. Will the player join the Guardians to get in contact with the Mages? Or will he choose one of the other guilds in Risen 3 to reach his goals? 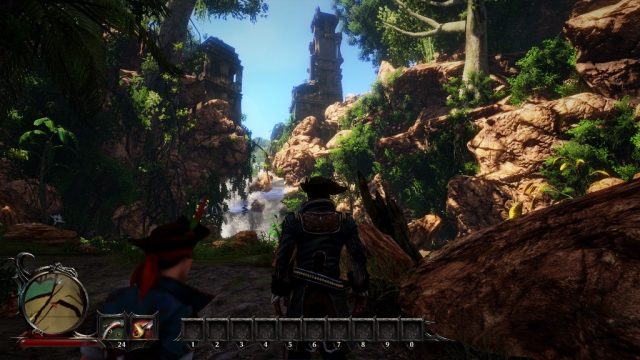